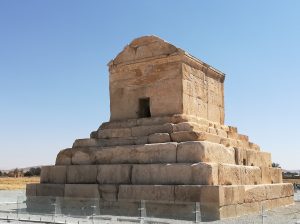 The rise of Persia and the conquests of Cyrus cannot be explained by strokes of fortune or fate, nor can they be explained simply by a one-sided insistence on the decline of the states conquered by Cyrus or by the convenient assumption of the intrinsic superiority of Cyrus nomadic peoples over sedentary ones. Victories of such magnitude, accompanied and followed by political control of territories and populations, mean that the Persian state apparatus had reached an advanced stage of development. Therefore, the Persian kingdom was not an isolated region of the world, but was well integrated into the commercial and geopolitical networks of the time. When Cyrus came to power, the state of which he was ruler had the military means and material resources necessary to embark on the path of conquest. Cyrus’s victories cannot be conceived without the prior existence of a structured State, with an organized and trained army, with a well-established royal authority, and with the existence of numerous contacts with the Mesopotamian kingdoms, India and the Mediterranean Sea.

In turn, Cyrus proved to be an able ruler, a successful conqueror, and a shrewd politician, whose pragmatic attitude was aimed at expanding and consolidating his power. With a cunning policy that combined military force and negotiations with local elites, Ciro was able to acquire a certain degree of acceptance by the subject peoples. This policy must have brought tangible benefits to the elites and the local population, and was also accompanied by effective propaganda. Given his political successes, several popular sagas were born on his person that made him a legendary figure, not only among the Persians themselves, but also among many other peoples over whom he exercised his rule. All these stories have as their main objective to exalt the memory of a charismatic founder, marked from his birth by the signs of an unusual destiny. However, there is no place in a serious historical representation for a “peacemaker”, a “liberator of the people”, a “father of human rights”, or other labels that evoke conceptual categories used in various ways in the contemporary world. Cyrus, like other conquerors of the ancient world, must be inserted into his own historical framework. Although the real Cyrus hides behind images created by himself and by individuals with their own interests and biases, Cyrus’s positive reputation in the ancient historiographical tradition must have some basis in the politics he pursued. Therefore, Ciro was undoubtedly an exceptional individual who in around ten years was able to create one of the largest empires that history has known and not only that, but also established the foundations for it to last two hundred more years. 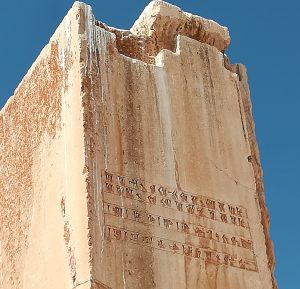 Cyrus, the founder of the Persian empire, was undoubtedly one of the most notorious figures in ancient history. Contrary to others considered great figures of antiquity, such as Alexander or Julius Caesar, the figure of Cyrus, despite the praises that were made about him in different written sources of the ancient world, today does not have the same credit or recognition that they have other great figures in history. The Persian monarch was the founder of the largest empire the ancient world had yet seen, long before Alexander was credited with the same achievement, even though he enjoyed a shorter lifespan compared to the 230-year span. of the empire forged by the Persian monarch. Therefore, for the general public Ciro is a perfect unknown; for lovers of history he is surely a renowned figure, albeit magnified by a historiographical tradition centered mainly on the accounts transmitted by classical sources, whose narratives were greatly influenced by his negative view of the Persian empire; Cyrus, however, is taken as a model to show a strong contrast between his figure and that of his decadent successors (with the exception perhaps of Darius).

Throughout this book, Dr. Velázquez not only delves into the origins of the Persian empire, the figure of Cyrus and his military conquests, but also in other aspects of Persian culture at the beginning of the empire, such as the Elamo-Iranian acculturation, the administration of the empire, the religion professed by the Persians, the social structure, the composition of the army, the beginnings of Persian art, construction projects, etc. The result is a work that goes beyond a typical biography, showing a much broader vision of what the Persian empire was like in the time of Cyrus and in that of his immediate successors. Many topics and traditional views about the Persian empire are reviewed and confronted with other theories that will not leave the reader indifferent.